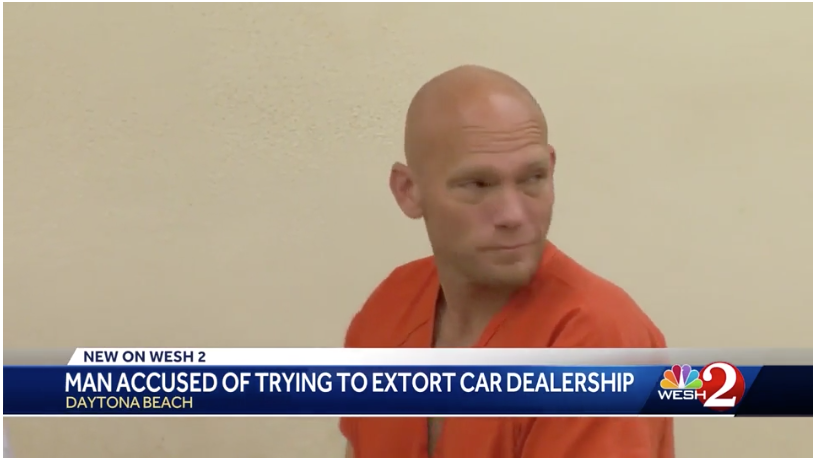 A Daytona Beach man is accused of trying to get $50,000 and a new car from a local car dealership through extortion. Investigators said several threatening emails came in to Jon Hall Chevrolet on Nova Road, owned by former Daytona Beach Mayor Glenn Ritchey. According to authorities, the emails were not hard to trace they said the suspect used his own name.